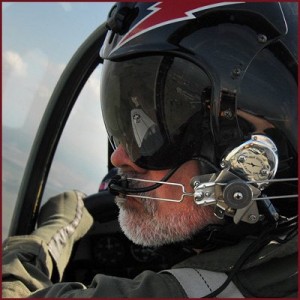 Walt Fricke could not have envisioned creating Veterans Airlift Command when he was recovering from the injuries he received after his helicopter came under fire in Vietnam in 1968. A veteran of over 800 hours of combat flying, the highly-decorated pilot with severe leg injuries just wanted to be with his family and fiancee. But they were 700 miles away, and for a 20 year-old spending six months in a hospital, that might as well have been 7000 miles.

Fricke has said that his recovery truly began only when his family and wife-to-be were able to travel to be with him; a testament to the impact of reuniting with loved ones. In the years following his military service, Walt went on to a highly-successful career in banking with GMAC, and led efforts to help homeowners hold on to their homes during the mortgage crisis. Many of the contacts he made during his years in finance  would lay the groundwork  for the support he needed to found Veterans Airlift Command.

When he retired in 2006, Walt continued his active career as a pilot and airshow performer. He’s an instrument-rated commercial pilot in both aircraft and helicopters with multi-engine and seaplane ratings, and for years flew a vintage T-28 warbird in the Trojan Horseman demonstration team. But as he read and watched stories of veterans spending months in hospitals to recover and then rehab from their wounds, he thought back to his own experience nearly forty years earlier, and the idea of a volunteer core of pilots who would transport injured service members and their families was born.

Now, just five years later, over 1500 pilots have provided their aircraft and time; flying over 3000 passengers to bring wounded veterans together with mothers and fathers, wives and children. Images of those grateful to be together at such a critical time fill the VAC website; a tribute to Walt Fricke and the pilot volunteers and supporters who  believe in the  healing power of bringing people together.